Tucows’ Tiered Access Compliance & Operations portal (which we commonly refer to as a “Tiered Access Directory” or “gated Whois”) launched at the end of May 2018. With its launch, our public Whois “went dark.” From that date forward, all personal registrant data has been redacted from the public Whois by default, and made accessible only via the gated Whois.

Most people saw this is a good thing—registrants deserve to have their personal information protected. A few argued that the change would impede efforts to identify and take legal action against cyber criminals and trademark or copyright violations. We’ve always advocated that a balance could be reached.

Now, eight months into our Tiered Access program, we’re looking back at the data access requests to see what the numbers reveal about how the system is working out.

We have received more than 2100 data access requests since our Tiered Access system started last May, and of these requests:

Perhaps surprisingly, 70% of data access requests are not fulfilled because the requestor did not respond to Tucows’ requests for additional information (including assurances regarding who the requestor was, how the data would be handled, and why the data were needed). For example, some requests failed to include the requestor’s own identity, their legal basis to access the information, or even which specific domain name they’re asking about. In all cases, we reply promptly to ask for the missing information but, so far, for 70% of the requests we have received, that information was never provided.

The vast majority of requests—just over 90%—come from commercial litigation interests and relate to a suspected intellectual property (copyright or trademark) infringement. The remaining 10% are spread across other types of requestors, including law enforcement, security researchers, registries, the registrants themselves, and third-parties interested in purchasing specific domains.

Interestingly, we have had only a single request that appears to be related to illegitimate pharmaceuticals being sold online and zero requests related to terrorism. These are categories that we were led to believe we would receive a high volume of requests for.

There are also a significant number of requests for personal data that we’ve excluded from the stats and total number referenced above: those made by ICANN Compliance. These were not included because, although ICANN Compliance has requested personal data from us in relation to complaints filed by third-parties, they have not yet demonstrated a legitimate purpose for processing that data. Since the introduction of our Tiered Access system in May, no Tucows-owned registrar has shared any personal registration data with ICANN Compliance; we have discovered that we can successfully help ICANN’s compliance investigation of registrant or third-party requests without disclosing any personal data to ICANN. We are always looking for innovative solutions that allow us all to rethink the traditional way of doing things.

What do these numbers tell us?

These spikes and the prevalence of certain requestors strongly suggests an attempt to skew the data to create an argument against the loss of public Whois data. Regardless of that attempt, however, what we clearly see is a system working the way that it should: when sufficient legitimate interest is shown and assurances regarding the handling of data are made, the process of providing personal data is smooth.

The sky didn’t fall. The dire predictions that commercial litigation, law enforcement, and security research interests made prior to our GDPR implementation did not come to pass. Our Tiered Access team is able to respond to requests in a timely manner and to provide access to registration data when the requestor can demonstrate their legal basis for access. The system works well.

There remains much to be done regarding Tiered Access. The “Technical Study Group on Access to Non-Public Registration Data”, a recently-created group of ten members hand-picked by the ICANN Board, is engaged in technical work on Tiered Access, although not the thornier legal or policy challenges. There is a lot of work happening in the ICANN Community as well. The Expedited Policy Development Process (EPDP) Team work has not yet been finalized; a Registrar Constituency document outlining guidelines for requesting registrant data will be published soon; and there are ongoing informal discussions among registrars and other interests intended to streamline access and make it less difficult and confusing.

The EPDP’s Phase 1 Final Report, which will focus on data collection and, later, its Phase 2—which will be focused on a Standard Access Model—may affect what we collect and disclose in the future. We won’t know what the Tiered Access system will look like long-term until there is clarity around these items, which are still very much up in the air. That said, we’re in a position to adapt our system to meet the ICANN Community’s final requirements. In the meantime, we’ve created a solution that achieves an effective balance between protecting registrants’ right to privacy and providing legitimate third-parties timely access to the data they’re legally entitled to.

As we’ve said before, while it marks a big change in the domain space, the introduction of our Tiered Access Compliance and Operations system is a move in the right direction, in step with evolving privacy laws across the globe. Tucows remains committed to protecting registrant privacy and applauds the efforts underway by various governments to establish privacy-by-default standards. 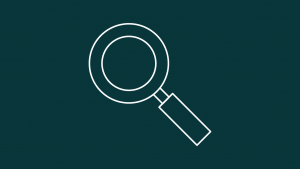 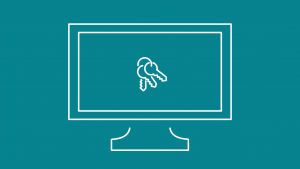 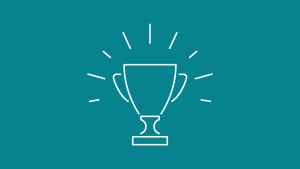