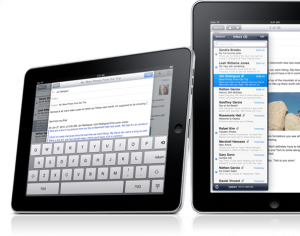 Between August 1, 2011 and September 30, 2011, we’re giving our Resellers a chance to win an iPad 2 and some other great prizes as part of a fantastic Trustwave SSL Incentive Program.

Here’s how the Incentive Program works:

Sell at least one Trustwave-branded SSL certificate during August or September, and you’ll automatically receive an entry into a random drawing for the Grand Prize of an Apple iPad 2 from Trustwave and OpenSRS!

Each Trustwave SSL certificate you sell earns you one entry, so the more you sell, the better your chances are to win! Everyone who sells an SSL certificate from Trustwave is automatically entered to win – there’s no signup required.

If you’re a first-time Trustwave SSL reseller, we’re going to give you even more chances to win! Sell your very first Trustwave SSL certificate in August or September, and we’ll give you an extra entry!

And for early birds, we’ll have a few surprise drawings sometime in August and September for those who get started selling right away. Stay tuned – we’ll be announcing those surprise draw winners through the OpenSRS Reseller Blog.

We’ll announce the Grand Prize winner of the iPad 2 in early October. Good luck to everyone!

3 thoughts on “Sell Trustwave SSL and Win an iPad 2!”