The latest ICANN Applicant Guidebook was released in mid-April and covers the introduction of new generic Top Level Domains (gTLD).

The introduction of new gTLDs has been an ongoing conversation for more than a decade; We have an opportunity to approve the final draft in time for consideration of the new gTLD implementation program during the ICANN Board meeting, which will be held on Monday, 20 June 2011, in Singapore.

We submitted our comments yesterday and wanted to share them with you below:

ICANN should do what it should have done, but could not, in 1999.

Tucows urges the ICANN board to approve the Applicant Guidebook (“AG”) and start the communications period at the ICANN meeting in Singapore. Tucows urges the Government Advisory Council (“GAC”) to register their concerns and then to support the process moving forward. This is the appropriate action for reasons too numerous to list, but including the following:

Innovation should not need permission.

THE PARADOX OF “PROTECTIONS”

Those who are anti-closure seem to be making two arguments. First, that there is no demonstrable value to moving ahead and second, that there are not enough protections to move ahead. This is inherently a paradox.

Now the paradox. If new gTLDs are not successful then there is clearly no need for protection. A namespace which does not have broad popularity does not have much, if any need for complex protections, and here think of the hundreds of ccTLDs which are only narrowly used and do not cause IP headaches like .cx (Christmas Islands) or many other examples.

Thus, the concern for protection only exists if there is benefit to Internet users, innovation, jobs, company formation, and a whole host of other benefits.

All important innovation leads to possible harms which are massively outweighed by the benefits they are intended to create. A great example of this is the iPod. Think of the innovation that has flowed from it, including the iPhone and the iPad. Think of the massive job creation this has led to, especially in the developing world. Think of the incalculable benefit it has created for users. We cannot imagine there is anyone reading this now who has not materially enjoyed those benefits. Yet it has also been a platform for sharing of music on a level never before possible. Most of that sharing is good and beneficial. Some of it violates IP rights.

Think of the Internet itself. In our view, the Internet is the greatest agent for positive change the world has ever known. Yet it is also the platform for a whole new category of things that require protections.

LEVEL OF PROTECTION AND A MEANS OF MAKING IT BETTER

The UDRP is perhaps ICANN’s second-greatest success behind Registrar competition and the price reductions and improved customer experience it led to.

The UDRP has eliminated the vast majority of problems. As noted, the AG provides a whole host of additional protections beyond those of the UDRP. Each additional protection comes at a cost. The cost is freedom to innovate, provide benefits to Internet users and to create jobs. Protections are not absolute, they must strike a balance.

The right way to improve upon the protections in the AG is to launch and iterate. If additional protections are necessary then the community will develop them. There are no actors within the ICANN community who are opposed to reasonable protection of IP interests.

We feel it important here to repeat something we first raised at the Sydney meeting in 2009. We implore the IP community to work constructively inside the ICANN process. The bottom-up multi-stakeholder process must be approached trying to create win-win solutions.

Most IP actors inside of ICANN recognize and respect this. Sadly, some do not.

When some IP interests get as far as they can inside the ICANN process and then go outside of it to lobby their national governments they clearly demonstrate three things. First, they are acting win-lose. They do not recognize that all protections come at a cost and that the cost is innovation, user benefit and jobs. Second, they are harming the relationship between national governments and the broader ICANN community by putting GAC members in an untenable position (more on this below). Third, they work against the health and credibility of the bottom-up multi-stakeholder process.

These interests say they support ICANN. We believe that it is more accurate to judge people by what they do, not what they say.

THE ROLE OF GAC INSIDE OF ICANN

We believe that one of the great challenges that the ICANN community, and the GAC within that community, currently faces is finding the proper role for the GAC inside of ICANN. We also believe that this is distinctly separate from the new gTLD process.

We believe that nation-states are important actors in the ICANN process. We respect their place and look forward to them continuing to evolve towards taking a more integrated role inside of the ICANN community. Most importantly we think this is an evolving relationship. At the birth of ICANN the GAC were reluctant actors who showed up, but did not engage. Over time their role evolved to become more integrated. With the Affirmation of Commitments (“AoC”) there is an additional, structural evolution.

We believe this is healthy and appropriate. We see ICANN as a living experiment which should always be iterating and evolving.

We believe that special interests lobbying governments in this way is inappropriate, bad faith and shows a disregard for the ICANN community. We note that any “advice” coming from the GAC that is in the nature of policy runs counter to the AoC and that the GAC and those lobbying them should see it as such.

The adoption of the AG should not be contingent upon “finalizing” the role of the GAC, nor should it be impacted by narrow interests lobbying national governments.

When thinking about ICANN’s purpose and new gTLDs inside that purpose, some historical context is important.

In the late 1990’s, prior to ICANN’s inception and in the days of the Network Solutions monopoly, there was a strong movement to introduce new gTLDs. It was the existence of this movement and its actions that led to the Green Paper, the White Paper and then, finally, ICANN.

At the time of its formation ICANN was weak. Network Solutions was a strong, rich, well-connected company. The negotiations to birth ICANN were extremely difficult and the threat of back-breaking litigation was always present.

As part of this negotiation a deal was reached. Rather than introduce competition at the registry level, which would have been most natural, there would be structural separation. The concept of “registrar” was created and a series of contracts which ensured that the significant majority of the financial benefits would flow to the registry were adopted. This has played out with today’s registries enjoying healthy monopoly rents and today’s registrars preforming most of the work in a hyper-competitive market at very low margins. The increased competition has created huge benefits for Internet users in terms of much lower prices, much higher levels of service and an amazing level of customization, specialization and innovation. Tens of thousands of companies have created hundreds of thousands of jobs.

The AG, hopefully approved in Singapore, is simply doing what should have been done in 1999. What would have been done had ICANN been in a stronger position. It is a natural step that is twelve years too late but better late than never.

There have been many years of work towards the introduction of new gTLDs. The existing AG is not a perfect document, nor will there ever be one. This process has shown the ICANN community to be well-intended, hard-working and constructive. It has shown the staff to be resilient and resourceful. It is now time for the ICANN board to do their duty and approve the AG in Singapore and start the communication period. 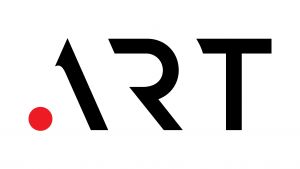