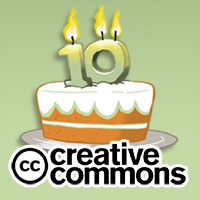 At Tucows, we strongly believe that openness drives innovation.

For those of you not familiar with the kind of work being done at Creative Commons, they are a nonprofit corporation dedicated to making it easier for people to share and build upon the work of others, consistent with the rules of copyright. They provide free licenses and other legal tools to mark creative work with the freedom the creator wants it to carry, so others can share, remix, use commercially, or any combination thereof.

Thinking about licensing in a way that promotes discovery and sharing goes against the grain of some organizations, but not here at Tucows and OpenSRS.

For most of us, the desire to share is almost instinctual– A default switch, set to on. 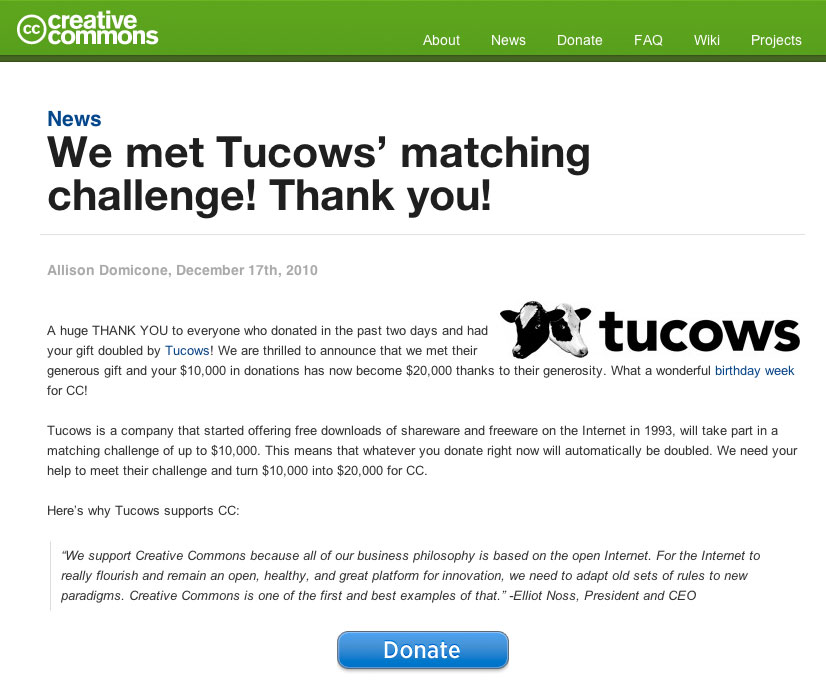 Our entire business has been built on leveraging open technologies wherever possible. This was true back in the early days as a shareware software mirror, and continues today as one of the world’s largest wholesale domain name registrars, under the OpenSRS brand.

“We support Creative Commons because all of our business philosophy is based on the open Internet. For the Internet to really flourish and remain an open, healthy, and great platform for innovation, we need to adapt old sets of rules to new paradigms. Creative Commons is one of the first and best examples of that.”  –Elliot Noss, Tucows President and CEO

It didn’t take long for donors to step up to the challenge. Just two days later, on Dec 17, Creative Commons, on the CC blog, Allison Domicone wrote they had reached $10,000 in donations. With Tucows contribution, this brought the total donation to $20,000.

Here’s wishing a happy 10th birthday to Creative Commons and the awesome work being done by its staff!